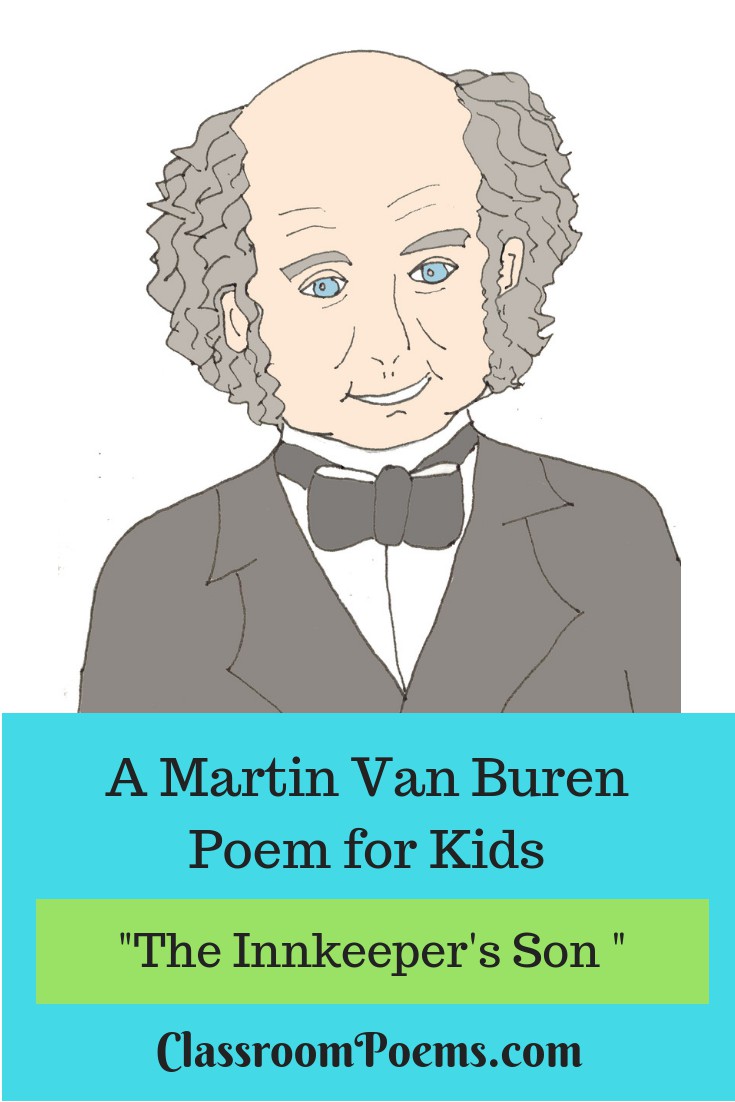 At his father's tavern
where the travelers came to drink,
a young Van Buren listened hard.
He'd ponder and he'd think.

Alexander Hamilton and,
often, Aaron Burr
would  talk the talk of politics,
and someetimes, they'd concur.

His father was a farmer
and a tavern-keeper, too.
But Martin's love of politics
took root and quickly grew.

He won his share of races
till he won the Senate seat,
this making him the "magic" man,
so difficult to beat.

He forged on to his final goal.
He would not quit or stop.
At last he was the president,
the pinnacle,
on top.

8th President of the United States

His father was an innkeeper, and young Martin Van Buren would wait on tables. Because politicians often came to the inn, Van Buren developed an interest in politics. Despite his humble beginnings, he became quite the dresser and well known for his expensive tastes. Because of the economic depression that he inherited from Andrew Jackson's administration, it was hard to win a bid for a second term, and he lost the 1840 presidential campaign.

Legal Beagle
While he might have honed his interest in politics in his father's tavern, Van Buren became and attorney before he ever ran for office.

First Native-Born American President
Van Buren was the first president born after the American Revolution. As a matter of fact, his first spoken language was Dutch --- the language spoken in his immigrant home, and in his hometown of Kinderhook, New York.

Popularized "OK"
Van Buren's nickname was Old Kinderhook, which was shortened to OK. During the election of 1840, his supporters formed an OK Club, and the term became part of the American language.