The first of the twisted funny poems is kind of gruesome. . . but no more gruesome (to me) than when the Wylie Coyote goes "splat" because of the Road Runner! 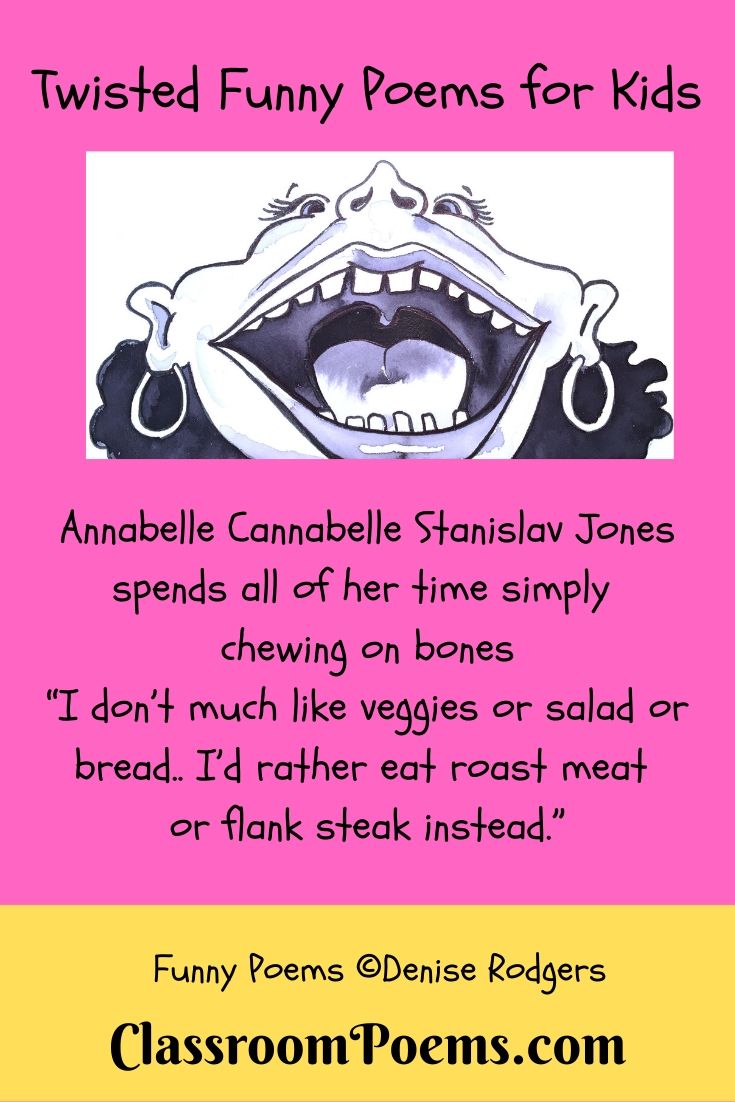 Annabelle Cannabelle Stanislav Jones
Annabelle Cannabelle Stanislav Jones
spends all of her time simply chewing on bones
“I don’t much like veggies or salad or bread.
I’d rather eat roast meat or flank steak instead.”
But what of her meat bill? She hasn’t much money,
and brisket and beef are much dearer than honey.
“I don’t owe the butcher a single red cent.
The meat shop is not where my money is spent.”

And where are her father, her mother and sister?
“I don’t see them much, and I can’t say I’ve missed her.”
And where is her dog and her neighbor’s red cat?
Ann burped and said, “I don’t know about that?”
And so she just sits there and chews on her bones,
that Annabelle Cannabelle Stanislav Jones.

The title character of the next twisted funny poem is twisted in a less gruesome way. 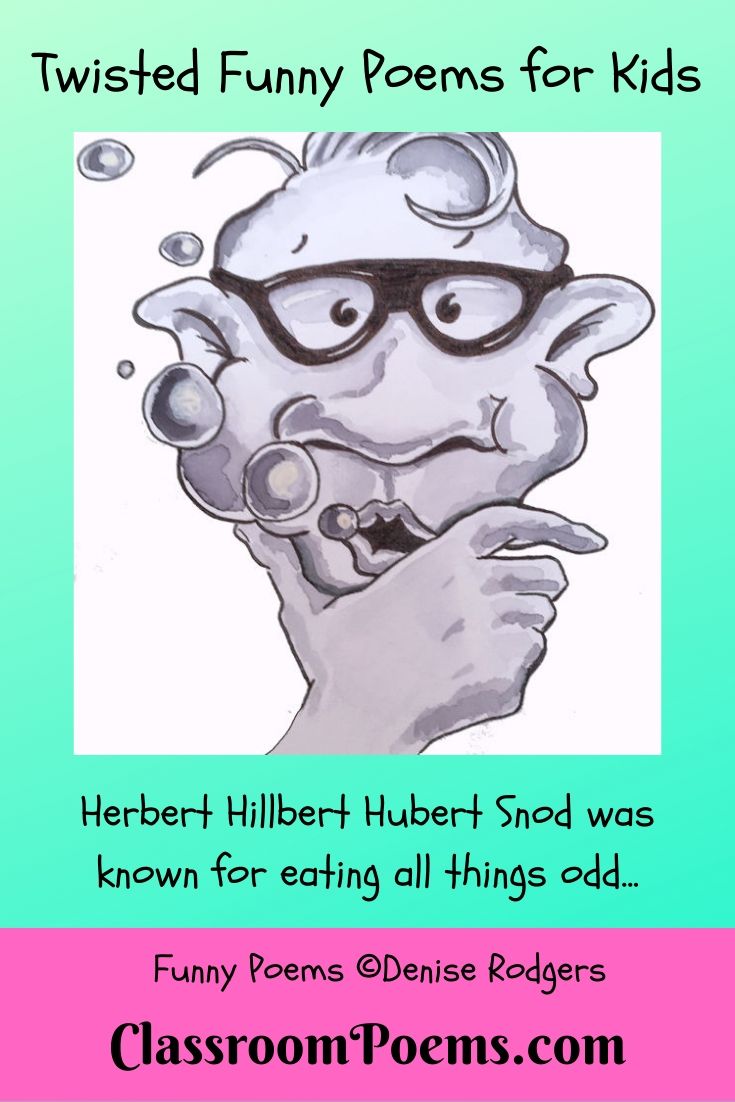 On baked potatoes, he would slather
one half can of shave cream lather.
I don’t know how his tum could cope
as he ingested cubes of soap.
At times his food choice made a scene;
at least he kept his innards clean.

The title character of the next of the twisted funny poems has a unique world view. 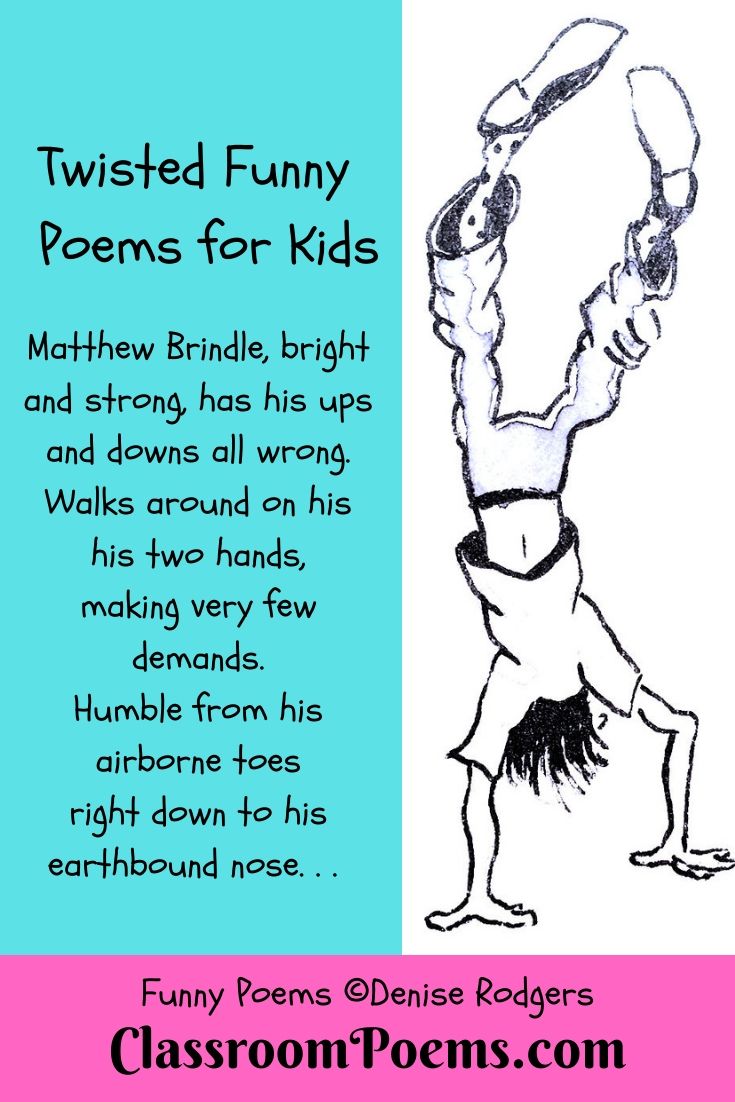 Matthew Brindle, Upside Down
Matthew Brindle, bright and strong
has his ups and downs all wrong.
Walks around on his his two hands,
making very few demands.
Humble from his airborne toes
right down to his earthbound nose.
Works with head down on his seat.
In the air are his two feet.
Matt's boss said that he's no shirker,
is in fact, a model worker.
"Always thinks of something new . . .
I guess that's just his point of view."