Technically, there are no such thing as "metaphor poems." Instead, there are poems with metaphors in them, poems that make use of metaphor to be most effective. Of course, a metaphor is a way to describe something by comparing it to something else (without the words "like" or "as"). 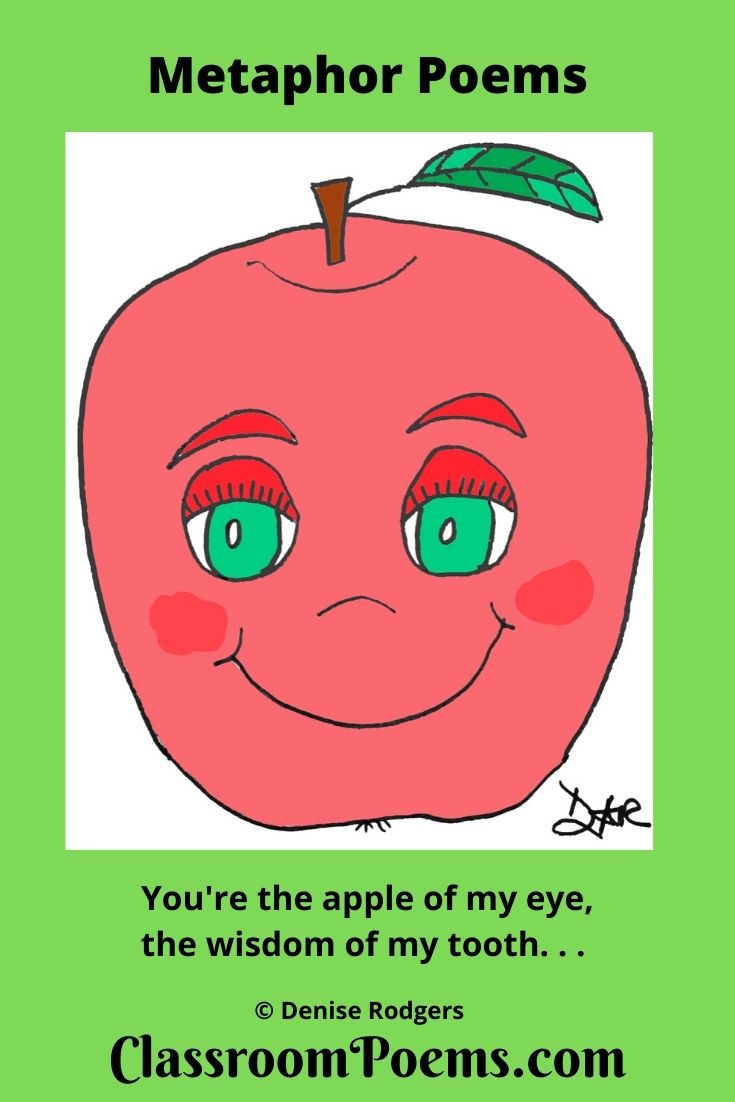 Apple of My Eye
You're the apple of my eye,
The wisdom of my tooth.
You're the shot heard 'round the world
And that's the honest truth!

In the first poem, the first three lines all have metaphors. We've all heard the expression, "you're the apple of my eye." (It is common enough to be a cliche.) Of course, no one has an apple in their eye unless they had an eating incident. It is meant to say that the person mentioned is very special to them.

Line number two contains, "the wisdom of my tooth." Okay, we all have wisdom teeth in the way back or our jaws. Who knows why they are called this. However, in the poem, the words tell us "you are" the wisdom. This means, once again, that the words (or the poet) considers the person or object to the poem to be very wise.

The last line is not a metaphor, but "that's the honest truth" would confirm that this is how the poet feels.

The second of the "metaphor poems
is also loaded with metaphors. You don't really dig for a poem, or for a clue. There is no shovel involved, but it does make a nice metaphor, or picture, in your mind. And when was the last time you saw rhythm and meter "prancing and romancing"? Read the poem and see how many metaphors you can find. 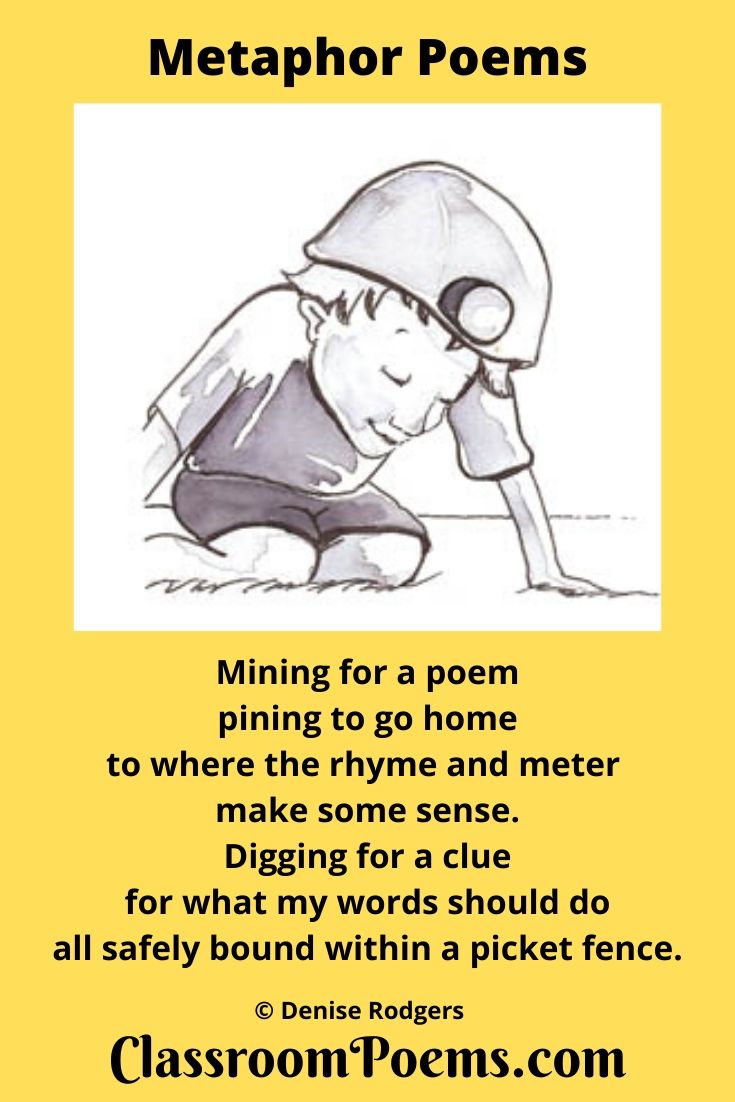 Mining for a Poem
Mining for a poem
pining to go home
to where the rhyme and meter make some sense.
Digging for a clue
for what my words should do
all safely bound within a picket fence.

Searching for a rhyme
is not a waste of time,
and rhythm must be meter's closest friend.
Together they go dancing,
lithely prancing and romancing
till the poem comes to a satisfying end. 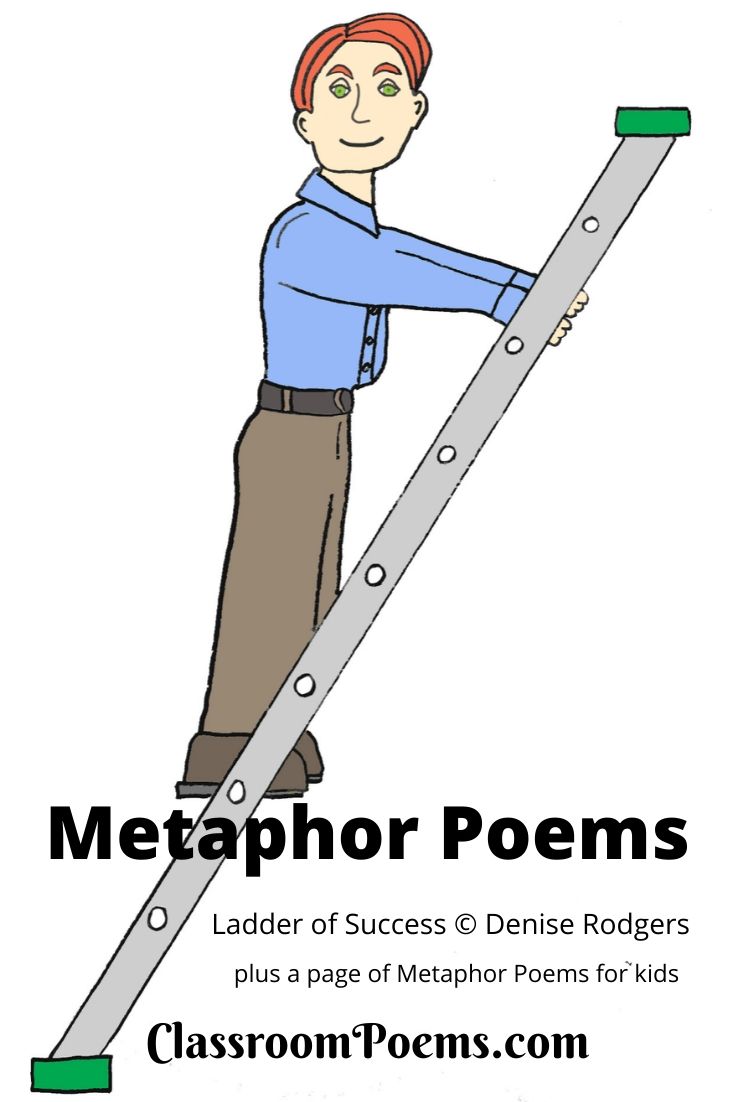 Ladder of Success
He climbed the ladder of success.
Adventure was his name.
His eyes were windows to his soul.
His actions were his fame.

In the last of the metaphor poems, once again, the first three lines all have metaphors. We all know what it means, but the truth is no one actually climbs a ladder to succeed. Unless his first or last name is "Adventure," Adventure is not really his name, just his image. And while we may believe that eyes are windows to the soul, there is no glass or slider, or any way to open these windows. It is simply a metaphor. 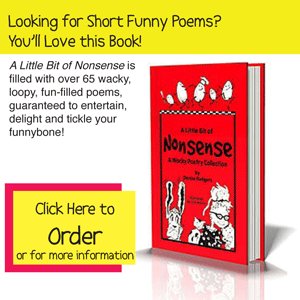 More pages to help you become a poet!