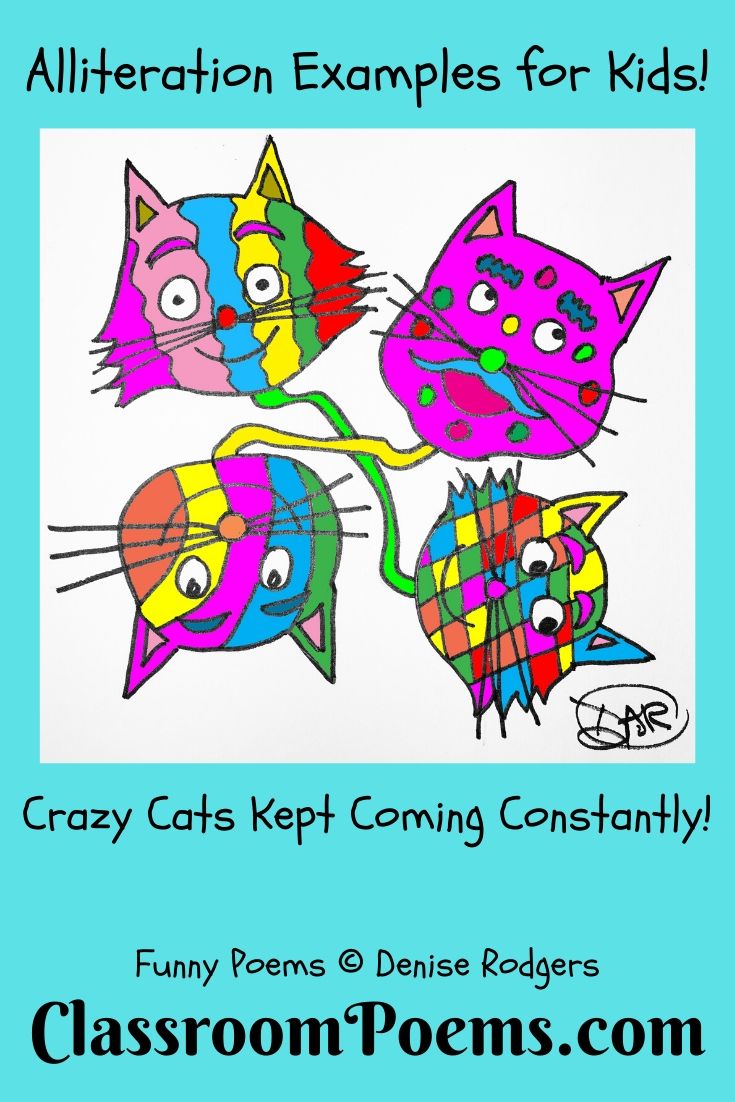 Before we get to the alliteration examples, we need to define alliteration. Alliteration is the repetition of consonant sounds (every letter except AEIOU) in a string of two or more words. Keep in mind that the repetition does not have to be at the first letter of the word. Without further ado, here are the examples...

Betty blanched and baked before barbecuing. 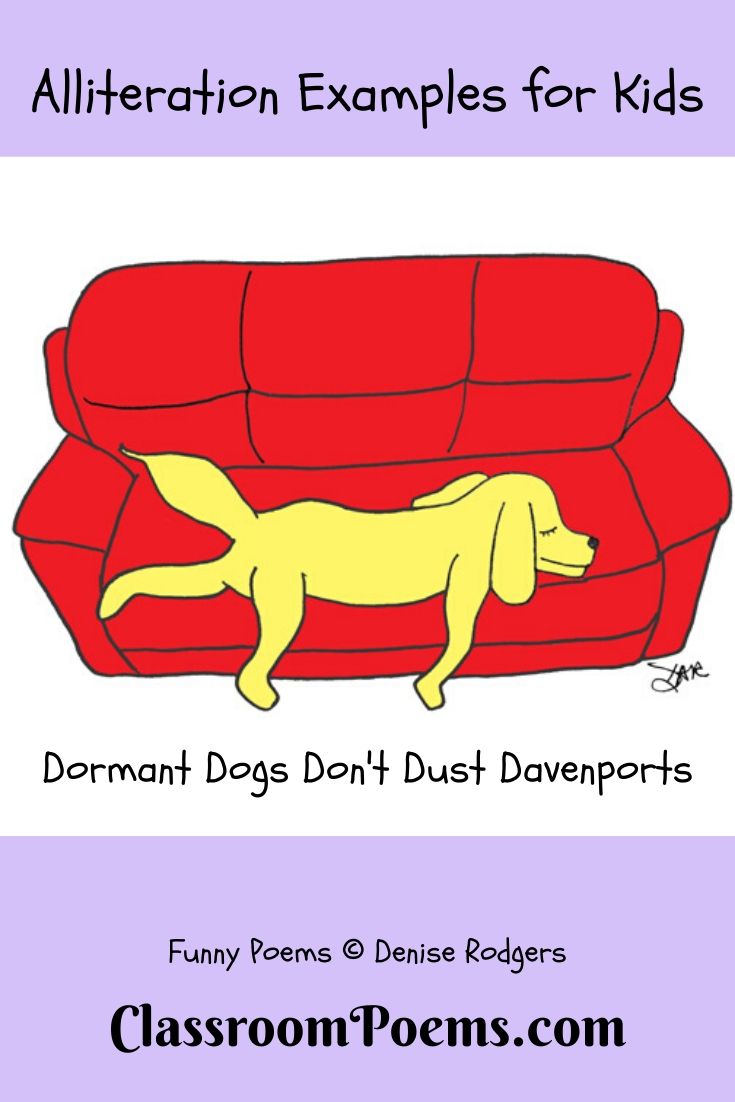 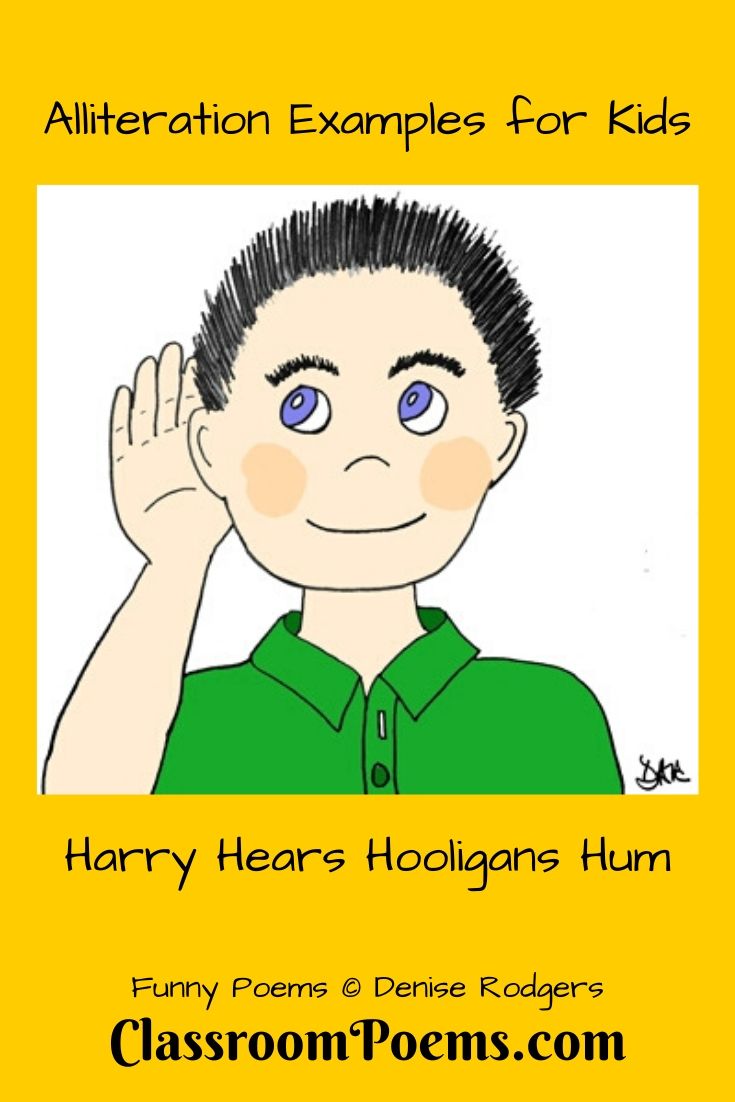 She shelves sushi with a short shovel.

Wild warriors were weary with waywardness.

Expect excitement exactly at the exit.

She used your yellow yardstick yearly.

Zelda raised a zillion for the zoo.

If you do a Google search, you will find a lot of sites that have "alliteration poems." Truthfully, there is no such thing. There are, however, poems that employ this device. It is part of the delicious family of word play.

Also, if you pay attention to all the examples above, you will notice that some of the repetitive sound comes from the middle of the word --- not just from the first letter. Another example: birds in the abbey. The 'b' in birds match the 'b' in abbey.

The human ear likes rhyme, rhythm and repetition. That is what makes for good speech, good writing and good poetry, (whether it rhymes or not). Once you make the alphabet your plaything, the possibilities are endless.

For more alliteration examples, go to this site.