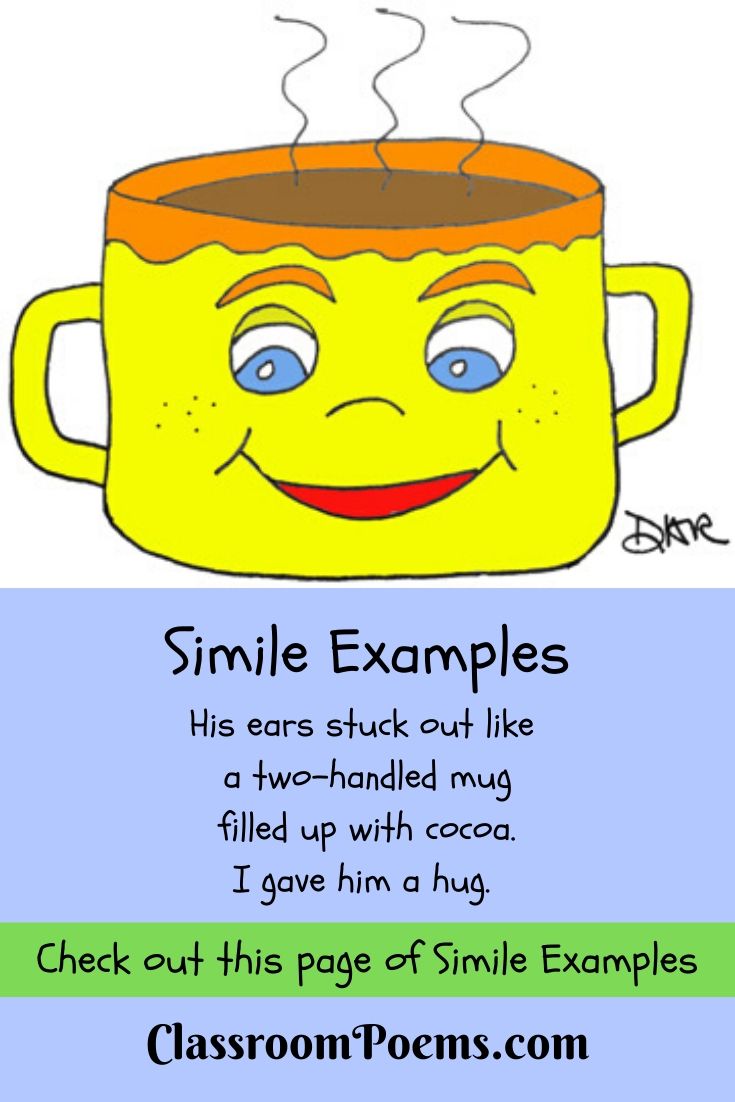 This is a page of simile examples. The definition of simile is:  describing something by comparing it to something else, especially by using the words "like" or "as". We do this all the time when we want to make ourselves understood. ("He was as big as a house!") Not only is it wonderful for communication, it really perks up your writing, making your descriptions clear or even whimsical, depending on the comparison. Check out the samples of similes below as your starting point for your own writing. Have fun!

His ears stuck out like a two-handled mug.
(This gives us a great image. I had fun illustrating this; see the picture above.)

His eye were as cold and dark as black ice.

Her eyes were like a misty blue summer lake.

His nose was as bumpy as an old dill pickle.

When she blew her nose it was as loud as a foghorn.
(There is another poem using this simile below, along with an illustration.)

She was so embarrassed she could feel her ears turn as pink as cotton candy at the State Fair.

His mouth was as wide as the Grand Canyon.

When he was ready to eat, his mouth appeared unhinged like a snake ready to devour a bear.

His skin was as bumpy as a dirt and gravel road.

Her skin was like the pebbled leather of my favorite purse.

He stood straight, his shoulder as wide as a billboard.

His shoulders slumped like a cardboard box in the rain.

Our cat is a fluffy and warm as a thick fleece blanket.

Her room was like a disaster zone before the cleanup crew arrives.

Her eyes were as brown as the rich garden soil in the spring.

Her colorful socks were as crazy as a zebra in pajamas.

Using a Simile Example in a Poem

Do you see how using these examples of simile (and perhaps writing some of your own) makes you think like a poet? Let's see how the similes you think up can lead to a poem.

In this case, we'll go with "when she blew her nose it was as loud as a foghorn." We might want to change up the wording a bit to get the right rhythm in the poem. Check out the illustration below and then read the poem. 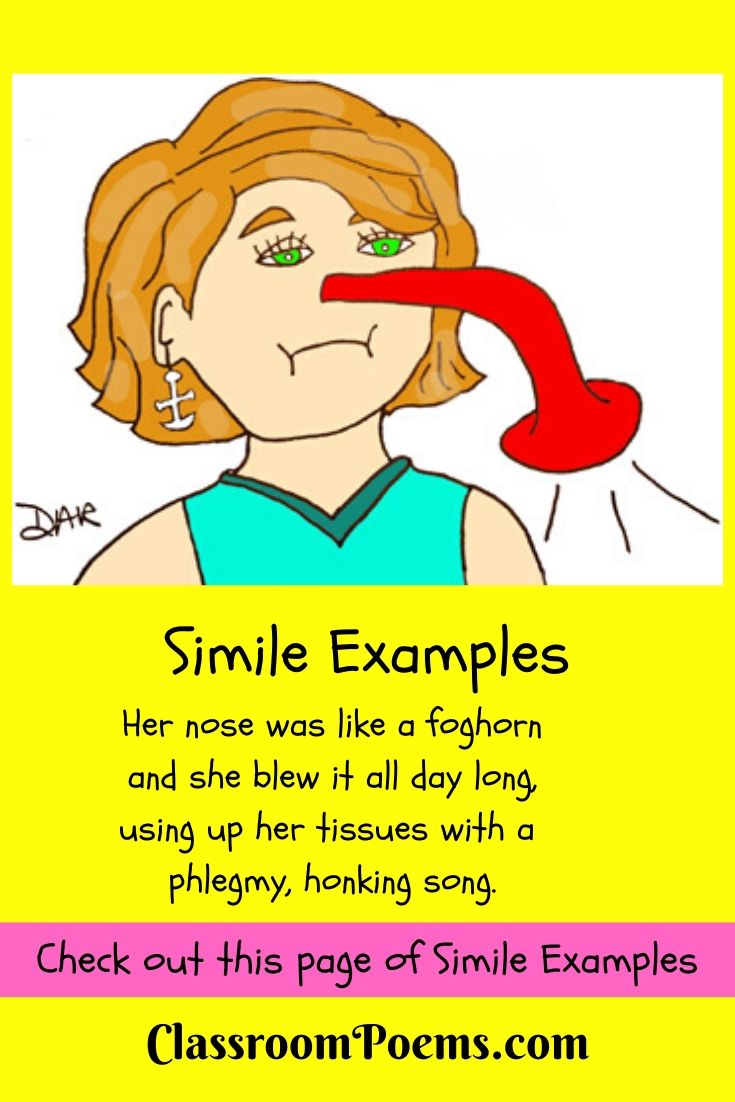 The Foghorn
Her nose was like a foghorn
and she blew it all day long,
using up her tissues with a
phlegmy, honking song.

This might be more of a rhyming couplet than a complete poem, but I think you might get my point. The images brought up by similes give great images when you're writing poems.

The simile poem below is the text from the illustration at the top of the page.

His Ears
His ears stuck out
like a two-handled mug
filled up with cocoa.
I gave him a hug.