Funny animal poems are a great way to enjoy the animal kingdom with an open mind and a sense of humor! The first poem, about the zebra, has a whimsical take on its stripes.

PAINTING ZEBRAS
My job is painting zebras.
They are awfully fond of stripes.
I guess I do a good job as
I hear no major gripes.
I start out every morning
with two paint cans and a brush.
I paint each stripe painstakingly.
I never like to rush.
I've tried to paint on blue or red,
but try hard as I might.
The zebra's choice of color line
is clearly black and white! 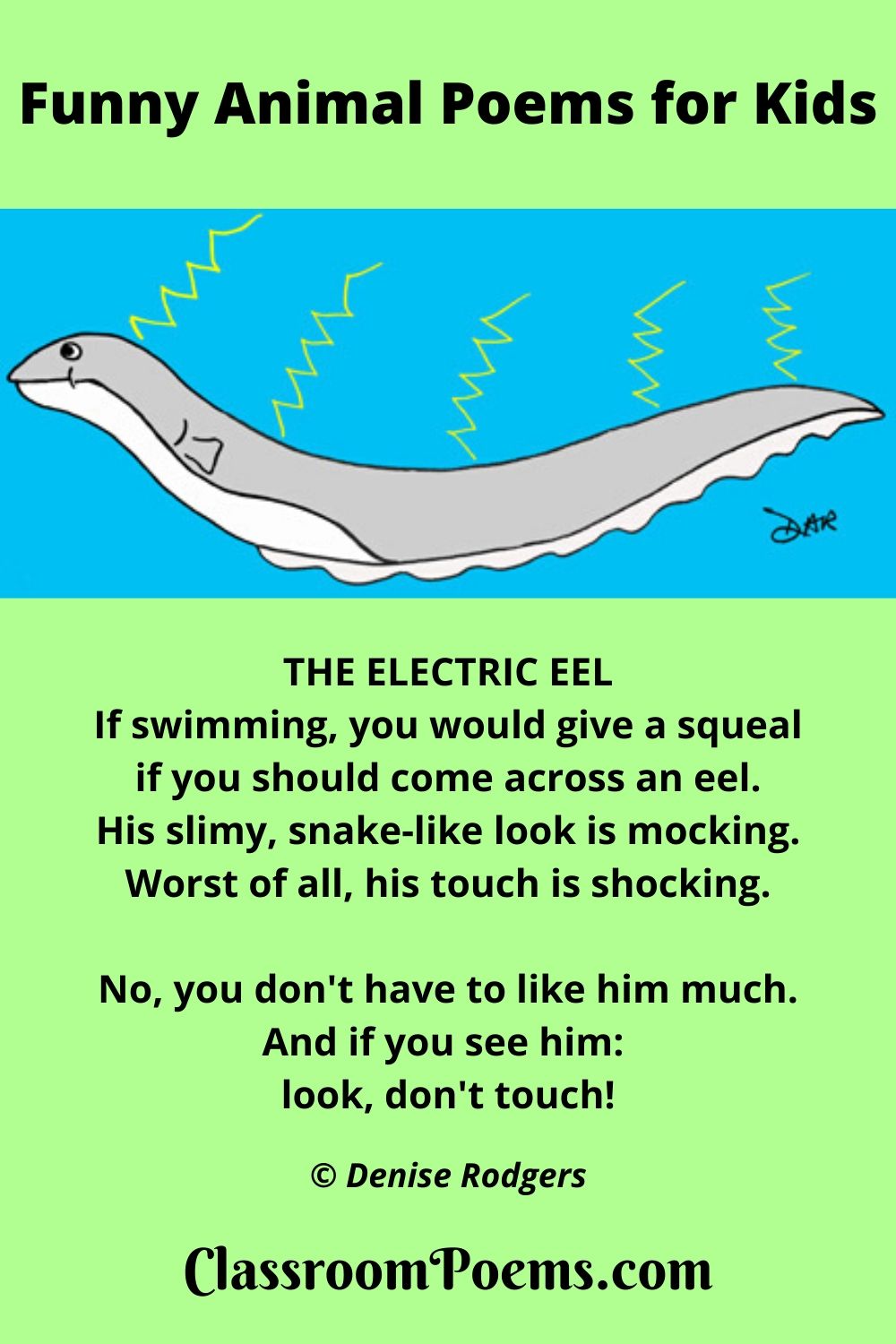 THE ELECTRIC EEL
If swimming, you would give a squeal
if you should come across an eel.
Hi slimy, snake-like look is mocking.
Worst of all, his touch is shocking!

No, you don't have to like him much.
And if you see him: look, don't touch! 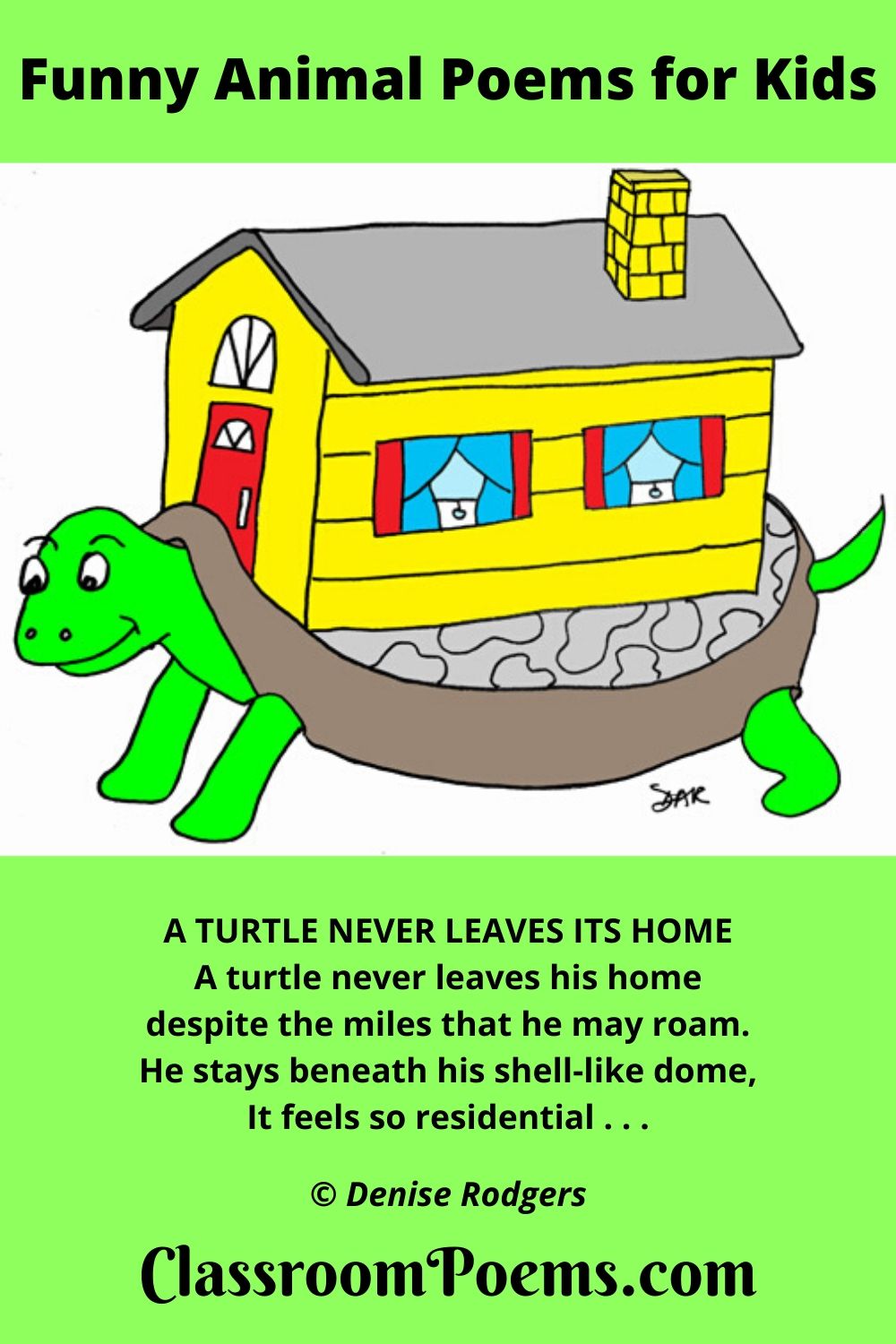 His domicile does weigh him down.
(But not in water; he won't drown.)
He's never really out of town.
His home ties are essential.

He asks nobody to come in.
It does not matter — friend nor kin.
His door remains behind his chin.
He's truly confidential. 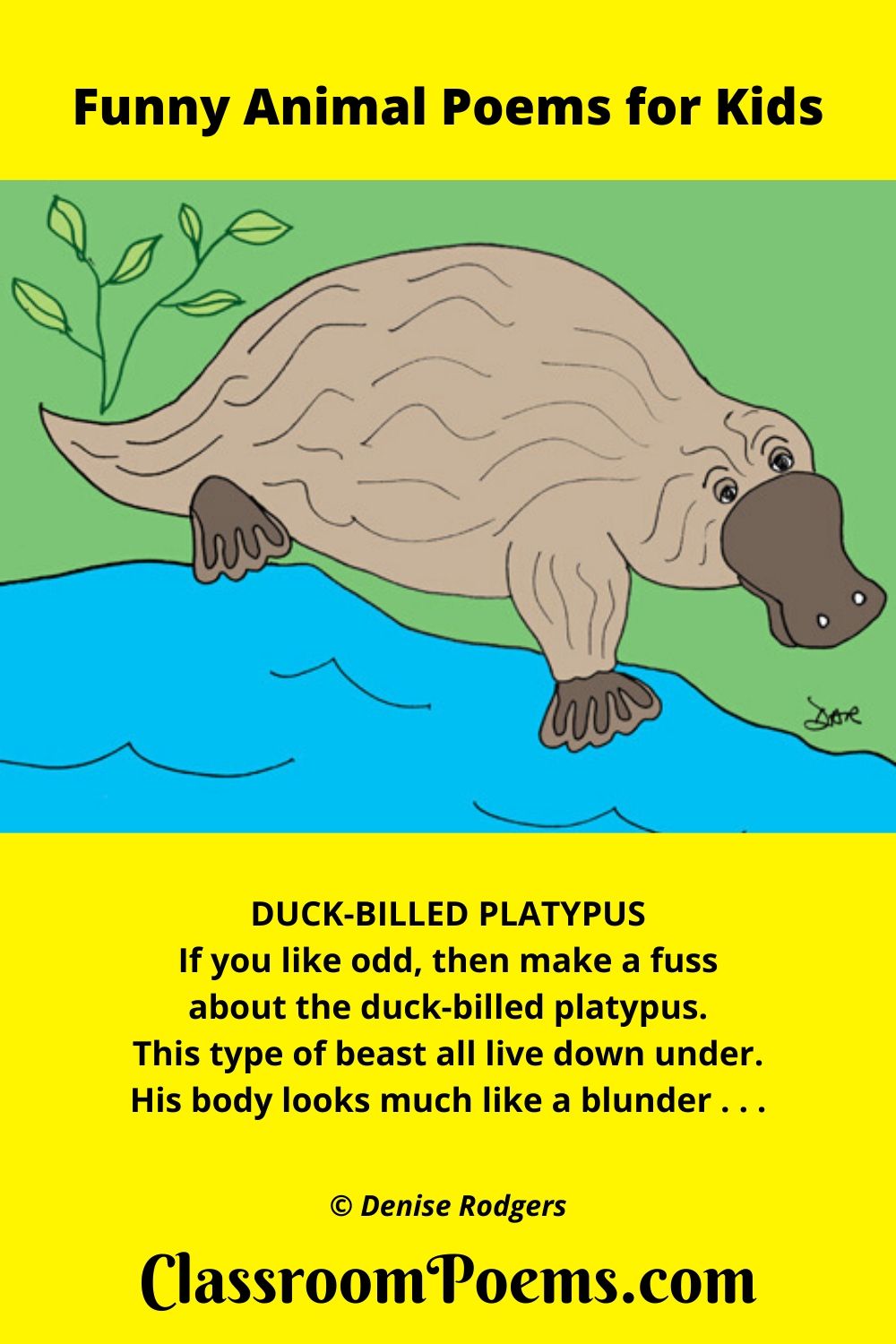 DUCK-BILLED PLATYPUS
If you like odd, then make a fuss
about the duck-billed platypus.
This type of beast all live down under.
His body looks much like a blunder.
He has no wings and lacks a quack.
His feet are webbed. He has a knack
for catching shellfish in his bill
and swimming back to eat his fill.

When he was young, he and his ilk
were fed on warm, sweet mother's milk.
Though warm of fur, and short of leg,
it's true he hatched out of an egg.
To all but worms, he's hardly ruthless.
His duck-billed mouth is wide and toothless.
On land he waddles like a clod.
This ones' for you, if you like odd. 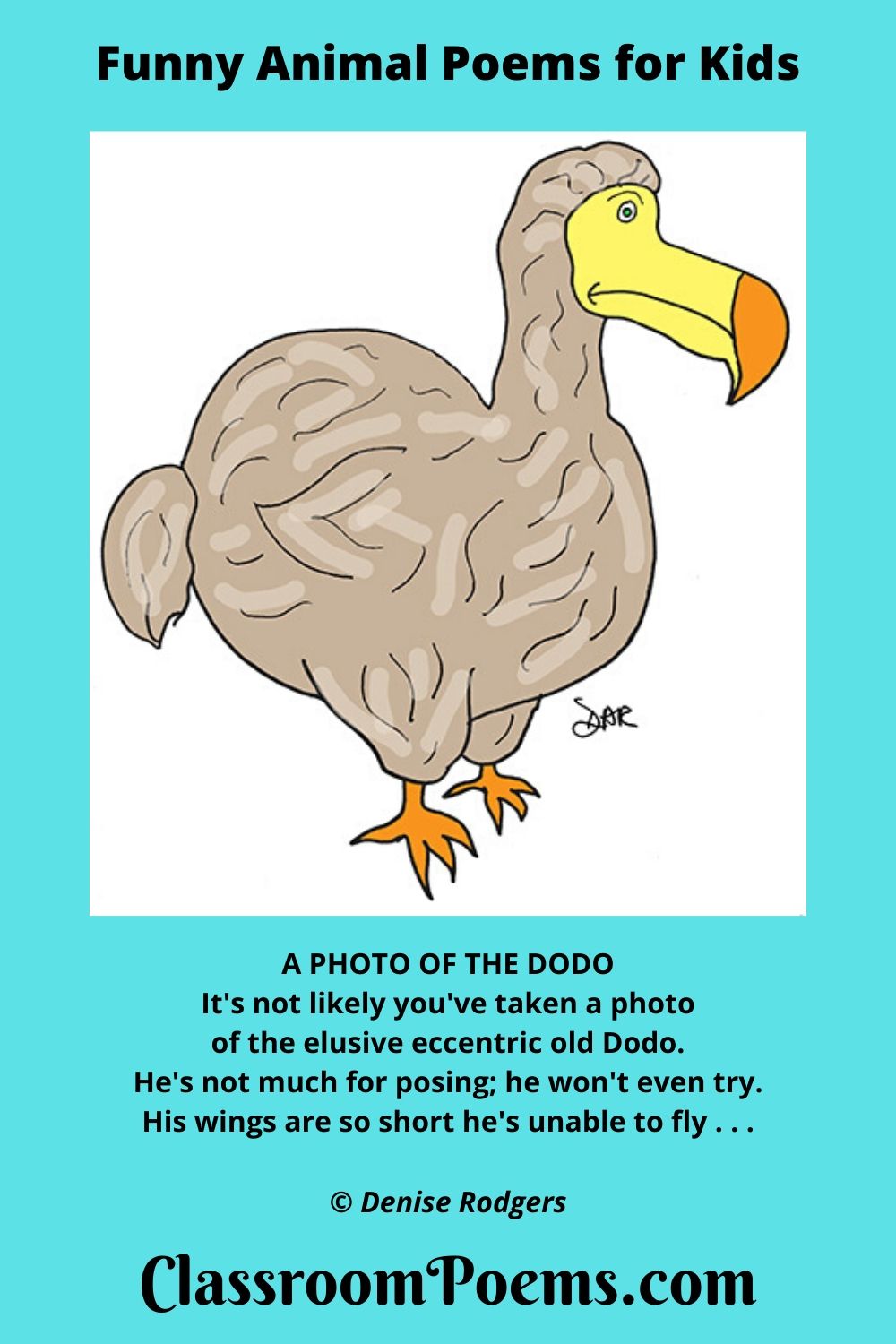 A PHOTO OF THE DODO
It's not likely you've taken a photo
of the elusive, eccentric old dodo.
He's not much for posing; he won't even try.
His wings are so short he's unable to fly.

If you took a photo, it would be exclusive.
The dodo is quirksome and odd and elusive.
The chance that you'll miss him is clear and distinct.
The dod's elusive because he's extinct!